Due to COVID-19 restrictions,
we were able to transfer lots of inventory to our home.
We have product ready to ship.
Please support your small independent audio companies.

Fall in love with your entire vinyl collection all over again!

Click for comparison of the Andros 1.2, Deluxe, and Téssera phonostages

For true audiophiles, nothing equals the warmth, dynamic range and fidelity of vinyl records. A critical component of every music lovers Vinyl playback system is the Phonostage or Phono preamp.

Why a Phonostage is So Important

When a vinyl record is made the volume of the bass is reduced and the treble is increased. Otherwise, the bass would cut a groove too big for a stylus to read or for the music to fit the record. The phonostage reverses the process by taking the delicate signal from your cartridge and adjusting it so that the bass and treble are restored to their original volume. This common standard is known as the RIAA curve.

Inspired by RCA’s vacuum tube circuit designs from the 1930s, the Andros has been engineered to bring you the clarity and depth of the original recording. Your highs will be crisp but not overly emphasized, your midranges clear and present without being shrill and your lows full and firm without being boomy.

As we went through testing our panel of audiophiles marveled at hearing subtle nuances, discovering new things in recordings they’d played many, many times. They appreciated its clear stereo image with maximum channel separation and minimal phase distortion.

Words are inadequate to the task of explaining the Andros. You simply must hear it to believe it.

Andros is a Greek Island, and the home of my grandmother’s family.

The Best of the Best!   Andros 1.2 Phonostage
The 12th Annual PFO Writers’ Choice Awards for 2015 by Mark Pearson

“The Andros 1.2 just does everything right. It is dynamic, it has gorgeous tonal colors, it throws a big and deep soundstage, and it’s super quiet. .”  Read about the award

“I have had lots of phono sections in my system(s) over the years, but I have never had one this good or this quiet.” Read entire review

“The new Zesto Audio Andros 1.2 Phonostage Preamplifier clobbers the original, and may just be the best piece of audio gear designed by George Counnas to date. ” Read entire review

“…The Zesto had an addictive, warm overall sound, with plenty of impact, detail and grace. It’s among the more enjoyable and satisfying phono preamplifiers I’ve auditioned at any price …”

“After a solid month of intense audition, the Zesto Andros PS1 exhibits no weaknesses whatsoever. While it has a beautiful visual aesthetic, it continues to be a joy to listen to and is ultimately musical. With many audiophiles on a quest for gear that is increasingly more resolving, it might be easy to overlook the Andros PS1, but truly wise LP lovers will treasure the Zesto because the balance is just right. Much like a car with perfect 50/50 weight balance, along with equal amounts of stop and go, the Andros PS1 doesn’t maximize any one parameter at the sake of another and that is its magic.”

“Its sound is unbelievably smooth and velvety; harmonically rich, full, and vividly textured; marvelously rounded, tactile, and dimensional, with great body and solidity; and completely natural in its musicality and freedom from any of the usual sonic hype, audiophile style.”

“The sweetness and delicate nature of the Zesto Andros PS1’s delivery in the midrange and highs are almost counter-intuitive to its ability to also very competently amplify and deliver the sheer, explosive low frequency energy and dynamics that the record playback system sends to it.”

“If you have a significant investment in vinyl and an analog front end that merits the best of the best phono preamps, you should by all means audition the Zesto Andros. At its price, its performance competes with much more expensive units. In appearance and sexiness, there’s nothing that comes close.”

“It’s physically beautiful, adaptable to many different cartridges by merely accessing the switches on the back panel, and most importantly, it will do real sonic justice to your valuable vinyl collection.”

“As a brand-new company whose first product is a made-in-America phono stage, Zesto has introduced a break-out product and brought to market a winner! Their Andros tube phono stage sports tons of flexibility with bold musicality at an unheard of price point for this level of performance. I am shocked by what they have managed to include for the audiophile under $4000! Plus, the Andros is a world beater in quietude, a wonderful attribute for a phono section. I wish more designers paid attention to this when they design phono stages, particularly tube designers.

I think that you will love the sense of reality the Andros delivers; in addition, the flexibility of its controls, all placed externally for a change, are similar to units costing $10,000. Soundstaging is extraordinary, too. The Andros both over-delivers and under-prices the competition. If you need a phono stage, I wouldn’t wait for the price to go up on this beauty. It begs the question, why spend more than the cost of the Zesto Andros PS1? The Andros receives my highest recommendation and top-choice rating for a phono stage anywhere near this price!” 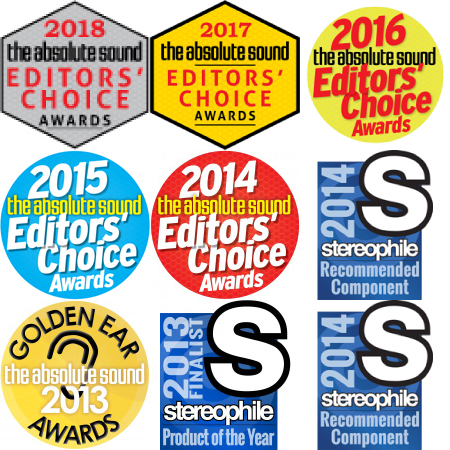 “I have had lots of phono sections in my system(s) over the years, but I have never had one this good or this quiet.”

“The new Zesto Audio Andros 1.2 Phonostage Preamplifier clobbers the original, and may just be the best piece of audio gear designed by George Counnas to date. ”